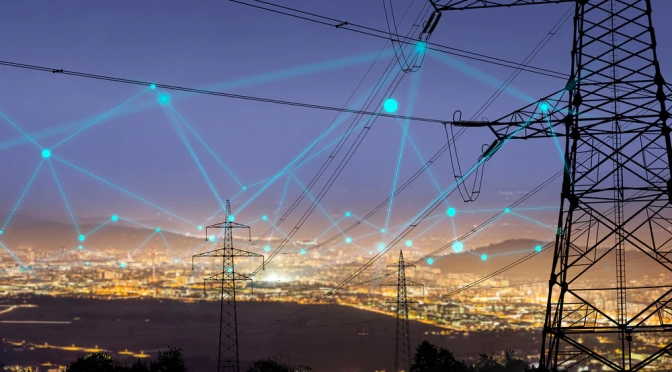 Is 5G technology the next digital disrupter or is it an enabler?

How long has 5G (fifth generation) wireless communications technology been around? It’s not a trick question. Smartphone manufacturers have been selling the devices and telcos (telephone companies) have been offering upgrades for years, but what about the infrastructure? A few months ago a story hit the headlines about a conflict between the telcos and the airline industry. The US telcos were increasing their 5G coverage until they hit a snag.

The expansion included new 5G towers around a large number of major US airports, but the airlines claimed these 5G towers would interfere with their aircraft landing systems. The federal government stepped in and delayed the tower energization. After some eleventh hour meetings, the crisis was averted, and the telcos returned to improving their infrastructure. What’s that have to do with the power delivery system? Disregarding all the publicity, the bottom line here is it’s time to take 5G technology seriously.

5G-powered technology is the next level in wireless communications and 5G infrastructure (i.e., coverage) is being increased around the world for more applications. More importantly, the power delivery industry is part of this growing trend. Utilities understand the advantages offered by the lineup of benefits this next generation of communications technology offers. There has already been a blending of 5G connectivity with smart grid technology for stronger and smarter grid applications.

Before moving on, it might be beneficial to look at these advantages 5G offers. Since it’s such an extensive listing, let’s reduce the list down to what really counts. Luckily, several studies had the same idea, and they did the heavy lifting. There are three major characteristics that all 5G scenarios have in common. Leading the lineup is greater speed, and that quality is always followed by the #2 trait called lower latency. The third commonality is the greater number of devices that can be connected to the 5G network.

These faster speeds mean higher transmission rates for big-data. Theoretically the max 5G speed is between 10 and 50 Gbps (giga bites per second), and it’s the goal. Latency not a common word for most of us, but it’s simply the delay or lag that takes place between the sending and receiving of information. The latency rate most quoted for 5G is about 1 ms.

Higher capacity for devices is pretty straight forward. 5G promises to deliver up to 1,000 times more capacity than 4G. With the growing number of connected devices, this increased bandwidth is extremely valuable. Some authorities have gone so far as to say 5G-powered technologies and its underlining applications “are what it’s all about.” For the power grid, we need to focus on industrial applications. If you’re not familiar with industrial 5G think consumer 5G on steroids.

The general consensus about industrial 5G is it can be thought of as a catalyst to enabling high-speed and reliable communication for power grids. Deloitte put it in more tangible terms in a report titled “5G Empowers The Future of Electricity.” Deloitte estimates “5G-enabled global digitalization revenues for ten major industries will be USD1.3 trillion in 2026, with energy and utilities (water, electricity, gas, etc.) accounting for the highest share of 19%, or about USD250 billion.” If this is any indication, then there is going to be a great deal of industrial 5G in the electric utilities’ future.

Talking with Michael Dulaney, Hitachi Energy’s senior director, Global Operations/GM-Wireless, provided some insights to 5G communications used on the grid. Mr. Dulaney said, “5G is more than just the next evolution of mobile broadband. Wireless communication technologies have long been used to connect power grids, from TETRA to LoRaWAN and Wi-Fi.”

Dulaney continued, “However, 5G is poised to create a larger seismic impact than any of its wireless predecessors. To date, 5G as a technology provides some of the most robust cyber security features and architectures for industrial operations, like that required by electric utilities.”

Dulaney explained, “5G capability is of increasing importance, significantly improving connectivity for the growing number of mobile, remote, and outdoor applications found on the distribution network. When it comes to mission-critical operations, 5G technology has been integrated into Hitachi Energy TRO600 series routers. They are designed to enable a scalable, flexible and secure, hybrid wireless communication architecture that effectively combines public and private cellular with broadband mesh and fiber, all managed through a single network management system.”

The project operates on a 5G mobile network provided by telco TIM utilizing the 3.5 GHz (giga Hertz) band. Qualcomm is supplying chipsets and Fixed Wireless Access customer premises equipment. The outdoor and indoor wireless equipment is coming from Chinese company Fibocom and Taiwanese company CBN. Ericsson is providing antennas and radio equipment. Lenovo’s Motorola is supplying mobile edge equipment. The 5G system is being used in a substation serving the Vila Olimpia neighborhood of São Paulo. Enel’s goal for the project is to assess the efficiency of 5G for streamline automatic responses in case of power failures. Enel also is evaluating how 5G can enable solutions development, among other applications.

Last year, UK Power Networks (UKPN) announced they were exploring 5G telecommunications technology at substations in Scotland and southeast England. The 5G-powered smart grid pilot project would explore 5G technology as a platform for data collection and flexible arbitrage. Telco Vodafone is supplying a 5G network to connect distributed and intelligent grid devices. The project partners (General Electric, ABB, Siemens, and the University of Strathclyde) are providing high-speed connectivity, software, and sophisticated  computers in UKPN substations. UKNP’s goal for the project is to enhance the efficiency of its power grid and improve its grid reliability and expanding its renewable energy resources.

Speaking of renewables, there is a lot of expectation when it comes to 5G-powered technology on both sides of the meter. Many see 5G as a way to improve the prosumer’s harvesting of electricity, but there is also a lot of research taking place on the utility scale side of the renewable equation. The typical windfarm has hundreds of wind turbines, and the average wind turbine can have more than a thousand sensors, all generating data. The traditional method for data collection is fiber optic networks or 4G wireless.

Recently, GE Renewable Energy published some papers providing insights in how valuable 5G-powered technology will be for wind generation. GE described 5G wireless technology as being a more efficient industrial application than previous generations. Industrial 5G, specifically ultra-wideband 5G, can gather real-time data from thousands of sensors in wind turbines at the same time. This gives a windfarm operator access to data “near-instantaneously” and elevates the windfarm’s performance to the next level. With wind turbines, it’s all about efficiency. If they are operating efficiently they capture more wind energy and convert it into more electricity.

Not too long ago, EPRI (Electric Power Research Institute) produced a report on the opportunities and challenges that 5G presented to utilities. One of the main business opportunities was the support the digitization of many aspects of utility field work, but it also talked about an aspect missed in many other published studies. EPRI pointed out, “ The deployment of the infrastructure to support the 5G network represents an opportunity for partnerships with telecom providers.

EPRI continued, “The low-power “small cells” required to augment cell towers to transmit the high-frequency millimeter wave­lengths will require orders of magnitude more locations for mounting, for instance distribution poles and streetlights. Utilities may consider various ownership and leasing models for both the physical 5G infrastructure and services that it enables.” Any opportunity that produces a revenue stream for a utility is going to be a huge positive for the power grid.

No matter how we feel about 5G-powered technology, it’s here to stay. This article has only covered the tip of the iceberg. There are so many more applications and scenarios to consider with this enabling technology. The power grid is going to hear a lot more in the coming year as the infrastructure expands and more opportunities present themselves. Deloitte report said, “5G empowers electricity.” That doesn’t sound like a disrupter!