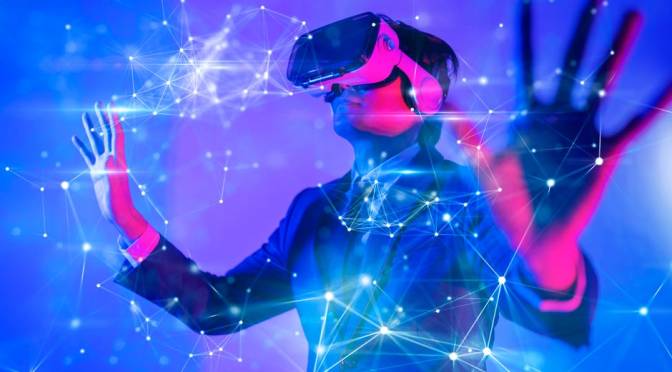 We’ve all heard the hype around the Metaverse but how can you invest in it?

Bloomberg analysts believe the market could be worth US$800 billion by 2024.

And the race to gain a foothold has already started, with opportunities for players beyond Facebook – from the gaming world to social media giants and retail.

Gaming companies are some of the players leading the way in helping us visualise what the Metaverse could look like, and they could account for half of this new market in 2024 – so around $400 billion.

One possible frontrunner is the creator of Fortnite, Epic Games, which has attracted investment from big, publicly listed tech firms like Tencent and Sony.

Then there’s Nvidia, the world’s largest maker of graphics cards, which is developing its own metaverse platform.

And Roblox Corporation, with a platform that allows more than 40 million daily users to create and play simple games and build immersive worlds.

Meta owns the VR headset company Oculus Rift and is developing its own smart glasses that they claim will one day be compatible with the metaverse.

And Tencent is registering metaverse trademarks and hiring developers to realise its ambitions.

Then there’s South Korea, where Seoul has created a “metaverse alliance” with over 200 companies, including tech giant Samsung which is preparing for 6G – which it hopes will provide the rapid network speeds required for the metaverse.

Buying a company’s stocks isn’t the only way to invest – you can actually buy a piece of land in the metaverse.

Sandbox is a 3D gaming world built on the Ethereum blockchain where Snoop Dogg has also joined in to buy and sell virtual land using the platform’s crypto token SAND.

Notably, the price of SAND increased dramatically when Facebook announced its rebranding as Meta, as did the price of MANNA, the token used in another metaverse known as decentraland.

Digital transactions​​ for virtual items have exploded in recent years with the rise of NFTs and blockchain-based goods.

NFTs use blockchains to sell original versions of digital media such as art or music and the global value of the NFT market is now catching up with the estimated value of real-world art.

And some of the world’s biggest brands like Nike have taken notice.

Nike wants to protect their trademark in virtual worlds and has even built a digital store in the Roblox metaverse.