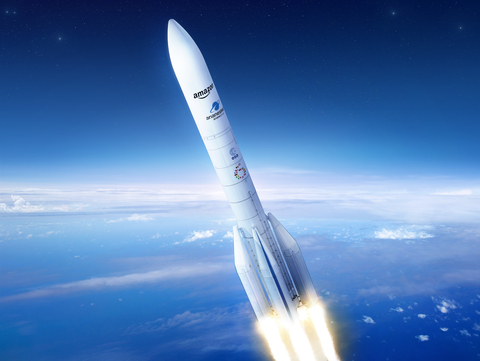 According to the World Economic Forum, the European Union has announced plans for a low earth orbit satellite system worth 6 billion Euros for EU countries. Two of the biggest names developing this technology are Elon Musk’s Space X’s Starlink and Amazon’s Project Kuiper.

While there are also several other organizations developing and deploying low earth orbit satellites, Starlink has already deployed about 2000 satellites and has applied for licenses to fly more than 40,000 satellites.

Musk has also enabled several of Starlink’s satellites to provide internet connectivity in Ukraine after the country’s internet infrastructure was damaged by the Russian invasion. More recently though, Starlink has lost its frequencies in France after a legal battle waged by environmental groups.

Over in Asia, India’s Bharti Airtel and the UK government’s OneWeb are collaborating to bring low earth orbit satellite connectivity services to the country. The government has made universal broadband a priority under the Digital India program, with projects like this expected to boost internet connectivity in the subcontinent.

Meanwhile, in China, one remote sensing satellite and six low earth orbit satellites were launched last month from Xichang Satellite Launch Center in Sichuan. The launch is expected to form the first pilot of a version of a satellite internet constellation. The seven satellites will build a testing network for uninterrupted low orbit satellite broadband communication services for more than 30 minutes at a time. This is part of a major experimenting platform for China’s satellite internet constructions.

Interestingly, IDC research explains the role of low earth orbit satellites in disrupting the broadband space in the Asia Pacific region. The study showed that although internet service providers and governments have endeavored to expand coverage and serve last-mile customers, the infrastructural challenges and the speed of deployment do not match the demand.

“As low earth orbit satellites are closer to Earth, the distance that signal travels between two points (e.g., ground station and satellite) is lesser than that of a medium earth orbit (MEO) or geosynchronous earth orbit (GEO) satellite. This results in lesser propagation delay (latency) and lesser propagation loss than MEO/GEO. Cost to end-users has come down drastically over the past five to six years. Low earth orbit satellites have made satellite connectivity affordable compared with the cost of earlier generations of satellites,” explained Swathi Arunaa, senior market analyst, IDC Asia/Pacific.

As the costs of low earth orbit satellites become more affordable and to cater to the growing demand, Amazon has signed a deal with Arianespace, Blue Origin, and United Launch Alliance to provide heavy-lift launch services for Project Kuiper. The project is Amazon’s initiative to increase global broadband access using a constellation of satellites in low Earth orbit.

The contracts total up to 83 launches over five years, providing capacity for Amazon to deploy the majority of its 3,236-satellite constellation. It is the largest commercial procurement of launch vehicles in history.

“Project Kuiper will provide fast, affordable broadband to tens of millions of customers in unserved and underserved communities around the world. We still have lots of work ahead, but the team has continued to hit milestone after milestone across every aspect of our satellite system. These launch agreements reflect our incredible commitment and belief in Project Kuiper, and we’re proud to be working with such an impressive lineup of partners to deliver on our mission.” said Dave Limp, Senior Vice President for Amazon Devices & Services.

Amazon is designing and developing the entire system in-house, combining a constellation of advanced low earth orbit satellites with small, affordable customer terminals and a secure, resilient ground-based communications network. Project Kuiper will leverage Amazon’s global logistics and operations footprint, as well as AWS’ networking and infrastructure, to serve a diverse, global customer base. Project Kuiper will also apply Amazon’s experience producing low-cost devices and services like Echo and Kindle to deliver service at an affordable, accessible price for customers.

“Securing launch capacity from multiple providers has been a key part of our strategy from day one. This approach reduces the risk associated with launch vehicle stand-downs and supports competitive long-term pricing for Amazon, producing cost savings that we can pass on to our customers. These large, heavy-lift rockets also mean we can deploy more of our constellation with fewer launches, helping simplify our launch and deployment schedule,” commented Rajeev Badyal, Vice President of Technology for Project Kuiper at Amazon.

Project Kuiper plans to launch two prototype missions later this year on ABL Space Systems’ RS1 rocket. Once deployed, the Kuiper System will have the capacity to serve tens of millions of residential, business, and government customers in places without reliable broadband.