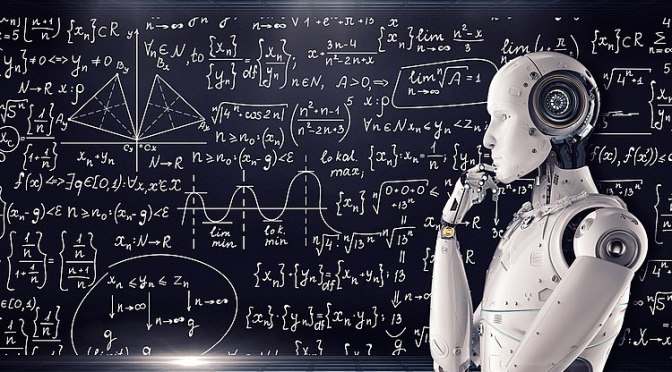 According to Statista.com, funding for AI increased exponentially to the point where $16.5 billion were being invested into AI in 2019. Their emergence is supported for a reason, and that is the potential for AI to help the world.

Artificial intelligence has been around for many decades. Early examples of AI emerged in the 1940s, with code-breaking machines being developed during World War II. In 1951 the first commercially available computer emerged, and it could do skills such as basic chess.

Nowadays, AI can be seen everywhere, including in restaurants and schools. The future has much more to offer with the tantalizing possibilities of self-driving cars and robotic surgeries. The potential for AI is simply limitless, and there are so many ways people can use it to help others.

AI is better at some things, and humans are better at others. Humans and AI can complement each other in the workforce. AI is much better at storing information and performing complex computations. AI also excels in tasks involving lots of precision, whereas humans are more creative and better with emotions. Humans and AI combined working on one job is quite powerful and can accomplish many great things.

AI has so much potential to benefit humans. However, many disagree and argue that humans will lose their jobs to AI. They fail to consider that while AI takes over those jobs and does them better to benefit society further, humans can delve into other jobs that involve the things humans are good at.

A long time ago, most people worked in agriculture, but as technology progressed, people began to be able to delve into other, more specialized fields. Specialization will continue as people can find more enjoyable jobs due to AI being able to do the more tedious jobs. AI can take the burden off the people already in those tedious jobs. In addition, many more jobs will open up because the AI itself will need to be created and improved.

People, in general, resist change, and that has been demonstrated time and time again. An article by Harvard Business Review explains that people are resistant to change because of the uncertainty change brings and concerns about how their current situation will change. Fundamentally, these concerns about AI come from a desire not to change, but this change can have countless benefits for society.

Others have argued that AI can become harmful to society if placed in the wrong hands, including prominent AI creator Elon Musk. However, this is true for any tool, and the benefits of AI outweigh the potential consequences. The AI available now is programmed to help society, and the benefits already being seen are countless.

Overall, there is much to be excited about in AI. The potential benefits will outweigh the possible consequences, and these benefits lead to life being more manageable for us. Combined, humans and AI have the potential to accomplish many incredible feats in the world.