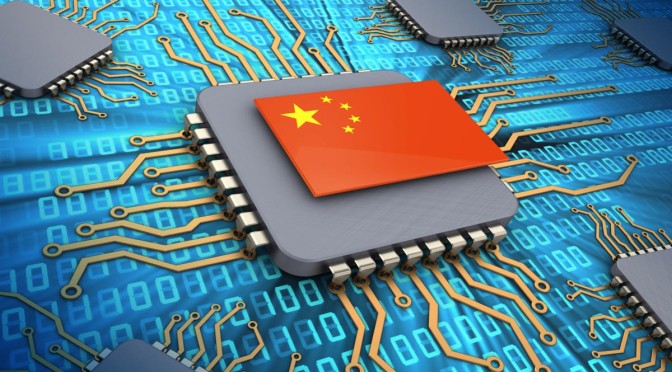 China’s government says it will use the advantages of its “new-type whole-nation system” to catapult technological progress, an apparent expansion of the authoritarian state’s proven ability to mobilize market and academic resources for development purposes.

Seeking to raise academic standards, the meeting also approved a document on reforming the system used to appoint academicians to the Chinese Academy of Sciences and Chinese Academy of Engineering, both leading institutions with important roles in tech-related research and development.

The approval of the two documents is seen as a countermeasure against the United States, which in 2018 started to restrict high-technology products and equipment exports to China on national security grounds.

The commission’s move also followed the mid-July arrests of a dozen or so key Chinese information technology officials and company executives who stand accused of failing to deliver expected results after the central government poured tens of billions of dollars into the semiconductor industry over the past decade.

In July, Xiao Yaqing, China’s minister of industry and information technology, was arrested for suspected violations of the Communist Party’s discipline and laws. Since then, several other officials and executives of the National Integrated Circuit Industry Investment Fund and Tsinghua Unigroup have also been arrested.

Beijing had previously expected that the state-owned Shanghai Micro Electronics Equipment Group could deliver a DUV immersion lithography tool that could make 28-nanometer chips by 2022 but the high-tech equipment is still not ready.

The commission’s meeting did not mention which sectors Beijing will boost through the new plan, but Chinese media said it was likely referring to the semiconductor and aerospace industries.

In a rousing editorial published by China’s 21st Century Business Herald newspaper on Thursday said: “The US government ordered companies including Nvidia and AMD to stop supplying China with some high-end GPU chips, which are the foundation of artificial intelligence, big data analysis and cloud computing.

“The US wanted to suppress the growth of these sectors in China, especially when these technologies can provide computing power to other products such as self-driving vehicles.

“We must have a clear understanding of the US strategy to comprehensively suppress China’s industrial upgrading and economic development. We must have a sense of urgency and responsibility to greatly improve our systematic ability of scientific and technological research and achieve results to form a competitive advantage in several important fields.”

The US’ strategic industrial policies, including the CHIPS and Science Act implemented last month, were actually a kind of whole-nation system but they were doomed to fail as they only focused on short-term incentives and export controls without any reform of the country’s industrial system, the same article said.

An editorial published by Yicai.com, a Chinese news website, said: “The new-type whole-nation system is practical and feasible as the core technologies that China wants have already got clear references.”

The article said the success of China’s space projects, which include the Chang’e 5 lunar mission in March 2021, the BeiDou navigation satellite system, the landing of the Tianwen-1 rover on Mars in May 2021 and the launch of Chinese H-alpha solar explorer last October, showed the advantages of China’s new-type whole-nation system.

It also said China would improve its intellectual property protection to ensure that people could benefit from their innovations.

The term “new-type whole-nation system” was first proposed by Xi in the fourth plenary session of the 19th CCP Central Committee in October 2019.

It’s officially defined as meaning that China will use a new model of “five-in-one” – which refers to the collaborations among government, companies, universities, research institutions and consumers – to develop high technologies.

Shen Chengcheng, a professor at the School of Politics and Public Administration, Soochow University, wrote in an article in November 2020 that China was forced to use its “new-type whole-nation system” to achieve technological breakthroughs.

Shen said the US ban on the sales of chips to Huawei Technologies was a typical example of America’s efforts to “strangulate” China by forbidding it from obtaining core technologies. He said that because of the strangulation – “ka bozi” in Mandarin – China would not be able to upgrade its industries and push forward high-quality economic growth.

Shen said that China had already used the original whole-nation system to build its economy since the 1980s, with an emphasis on state-owned enterprises.

However, a model so strongly oriented toward the government could not adapt to the new political, economic and social situations at present, he said, and thus the need for a new model encompassing broader participation.

With the new model, he said, China could use its advantages in 5G, big data and cloud technologies to integrate its digital and real economy.

On Tuesday, the CPC’s Central Comprehensively Deepening Reforms Commission said the government would define its technology goals clearly and decide its top priority.

It also said the government would coordinate the resources of different scientific research institutions while private companies would have a bigger role in technological applications.

At the same time, the meeting said academicians of the Chinese Academy of Engineering should not only have high academic qualifications, but also practical scientific achievements. It said they should focus on research rather than non-academic issues to help the nation tackle scientific problems.

The full text of the document about China’s plan to use its new whole-nation system to develop high technologies was not made publicly available.

He Lifeng, chairman and party secretary of the National Development and Reform Commission (NRDC), wrote in an article on August 24 that China would boost its telecommunication, biomedical, civil aviation and aerospace, new energy and internet sectors.

He wrote in January last year that with its new type whole-nation system, China would use some national science and technology development plans as carriers to tackle key core technologies to serve the needs of China’s economy, industry and national defense.

China’s ranking in the Global Innovation Index (GII), released by the World Intellectual Property Organization (WIPO), a unit of the United Nations Economic and Social Council, climbed to 12th last year from 34th a decade ago.

The proportion of its high-end manufacturing businesses to all industries rose to 15.1% from 9.4% over the same period while China’s R&D investment intensity, which refers to the proportion of R&D expenses to GDP, grew to 2.67% from 1.68%.